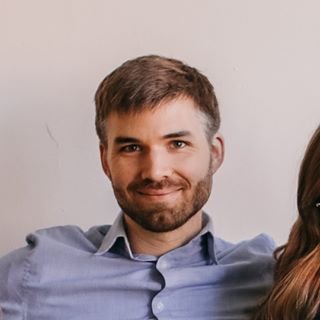 The next update, 0.0.114, is now available. This is a big update that focuses on improving syncing reliability and performance, preps for bank syncing, and more clearly defines the future of Actual. Read the release notes.

It's also the the first release to feature an Android app!

This release no longer supports a free plan. Up until now, you didn't have to login to use Actual and were able to use it to manage local files. For a while I've warned users that the free plan is going away, and this release does that. If you are using it for free, please sign up and support development.

If you want to continue using the current version for free, stay on 0.0.112 and turn off auto-updating by going into the settings, and in the "Global" tab uncheck "Automatically check for updates". You will always be able to download 0.0.112 at the following links:

If you don't like subscriptions, I get it. If you aren't using syncing (and in the future, bank syncing), it's still important to realize how important funding development is. Consider it as if you were purchasing a new major version of Actual each year (in fact, annual plans are coming soon).

Keeping around a free plan also complicates development a lot. There are many things where the UX has to consider a user who is entirely using local files if the free plan is supported, and it complicates the workflow a lot. Things are greatly simplified if I can assume a logged in user that is occasionally connected to the internet.

Actual will always be a local app that works completely offline, but it's ditching any sense of peer-to-peer networking. Now we always assume that you are a paid user who can access our internal server. The key to providing privacy is end-to-end encryption; if you don't want your data to be shared, enabling it will keep it safe from anybody reading it.

The tech inside of Actual is ready for a future of peer-to-peer networking where the app can outlive the developers. But for now, we need to simplify things and focus on building a better product.

It also makes it possible to build a web version which I'm really excited about. All we need to do is make sure the app works in all browsers, and implement the end-to-end encryption layer in browsers. Users will be able to login and download their file and load it into the app right inside a browser.

This release improves the reliability of syncing a lot. It fixes a couple critical edge cases that could cause your data to appear out of sync. Not only that, the whole syncing layer has been audited to remove any possible chance of corruption.

One of the biggest improvements is using atomic behavior in the most critical section of the syncing layer. I wrote more about this here. Previously, that code was using a database transaction but it wasn't properly recovering from errors. Now changes are applied atomically when they come in, no matter what. If something fails, the whole process is rolled back as if nothing happened.

If you are having syncing problems, I recommend using the reset sync feature after updating to this version.

An Android app is finally available! Many of you have already used the initial version of it, and now it's ready for everybody. From now on, all mobile updates will be available to both iOS and Android.

The certificate that signed the Actual app had expired, and this is the first version signed with a new certificate. Unfortunately, that means you might see a warning from SmartScreen about this binary. The app needs to rebuild reputation for Windows to avoid warning.

I would have taken a different approach had I known that the reputation wouldn't transfer. I was under the impression that if the certificate used the same subject (my company) that reputation would have transferred. If this warning doesn't go away soon, I'll have to figure out something else (maybe buying an EV certificate, but those prices have skyrocketed).

There are many other improvements in this release. Go read the release notes!

Let us know if you have any problems!